Skip to Content Jump to Main Navigation Skip to Search

You Are Here: 40 years of RWTH Aachen - USTB Beijing partnership 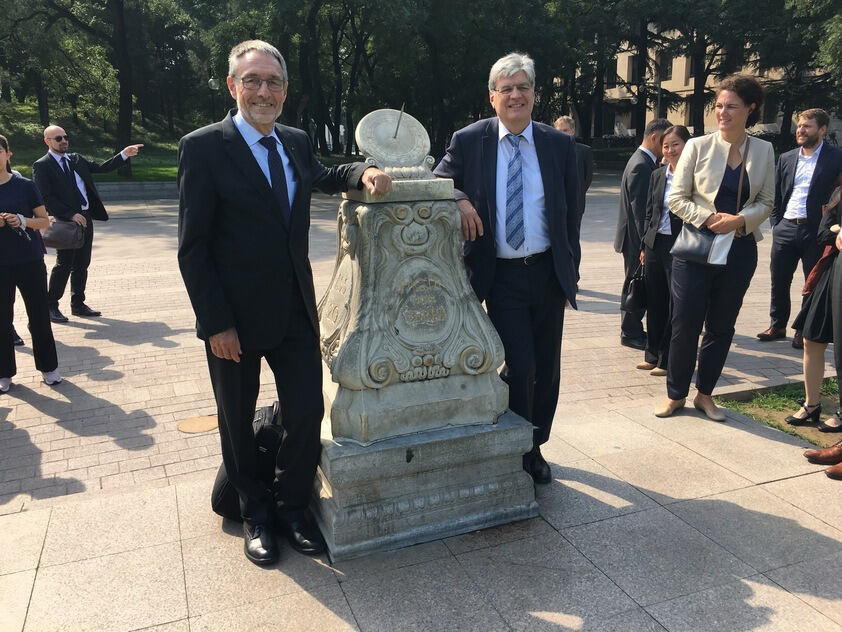 The University of Science and Technology Beijing (USTB) and the RWTH Aachen University have had a close partnership since 1979. Only a few years after the end of the cultural revolution, the first agreement was concluded between a Chinese and a German university. Numerous scientists and students from both universities have now taken part in exchange programs, symposia and joint projects. Friendships have arisen from the scientific exchange and trust has grown that will carry us into the future. A video was created for the anniversary event in Beijing in September 2019, which documents the history of the contract. Numerous recordings have been made in the RWTH Steel Institute, many former and active representatives of the institute are represented in this English-language entertaining documentation, which can be called up on the Internet at https://en.ustb.edu.cn/news/13168838.htm